Extreme Speed put on a great track day at the Streets of Willow last weekend.  It was the first time for me at “Streets” and really the first extended time driving the car.  The day started with me simply trying not to get lost on the track and to get used to how the Catfish handles.  We were driving the short 1.6 mile track counter clock wise which meant that the straightaway was downhill and ended on Willow’s skid pad.  There was plenty of run-off to try and brake as late as possible.  Fun stuff.  Since this was out in the high desert, anyone dropping a wheel off the track meant an instant dust cloud followed by sand, pebbles and rocks.  Hot grippy asphalt could turn to marbles from one turn to the next, and we weren’t ready to drive the car anywhere close to the limit yet.

With no setup, corner weighting or even a proper alignment, the car did very well.  Hot shoe Roman Maguinez took me on a tour of the track with me in the passenger seat, and really helped me calibrate my corner speeds and some of the proper lines.  After that drive my lap times dropped almost 10 seconds.  The real hero of the day was David Taricani, who not only re-wired my Air Intake Sensor but also caught some very loose wheel nuts; it would have been a very bad day without David!

At the end of the day we’d accomplished our goals.  The car handled really well, and the little 90 horsepower engine passed cars with two to three times the horsepower.  There’s still plenty of tuning left, but it was a great first day.

Last, I couldn’t resist parking the Catfish next to a beautiful Kirkham 427 with a hand-formed aluminum body.  Both cars have nearly the same wheelbase, and both belong on the track. 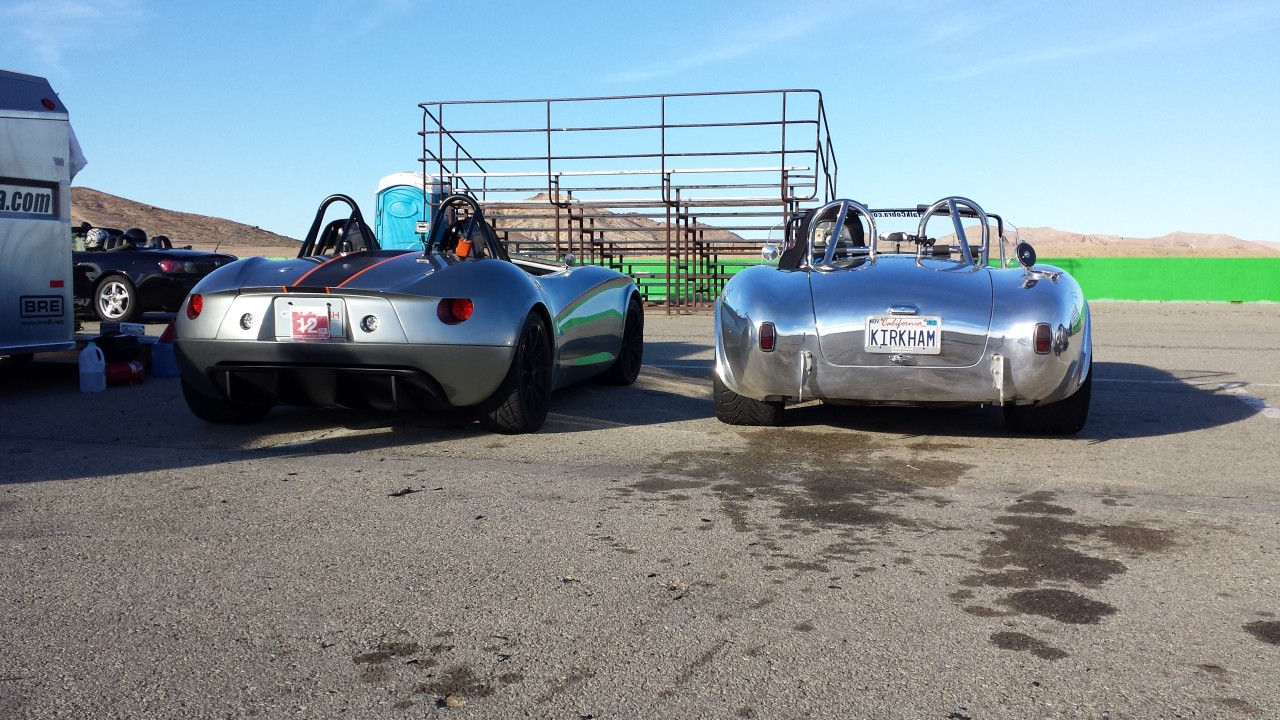